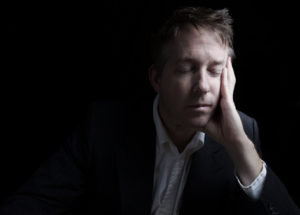 While “menopause” is a term that you are likely familiar with, “andropause” is probably a less familiar term for you. While not yet officially recognized by the World Health Organization, the term is commonly used to described the trending decline in hormone production, namely testosterone, that occurs in men as they age. While the medical community is hesitant to describe this hormonal decline in terms of male menopause or andropause, the phenomenon itself is very real and can have a serious impact on the way men live their lives.

The Idea of Male Menopause

Testosterone levels gradually decline as we age. But unlike menopause, this decline is more subtle, without the better-defined stages that women experience, and there is more variation among men in how and when those changes occur, and the presentation of resulting symptoms. In menopause, there is also a distinct postmenopausal state where the ovaries have become inactive, whereas no prevailing “postandropausal” stage seems to exist for men. That is, it’s not uncommon for a healthy 80-year-old man to still produce sperm, whereas a woman in any condition of health is almost certainly infertile by the same age. It is because these changes never result in a complete cessation of reproductive function, because the changes themselves occur gradually rather than suddenly, and because the nature of this phenomenon has only recently seen meaningful research that the debate over its classification continues.

Symptoms of andropause in men vary, but they are consistent with symptoms of testosterone depletion that are caused by other sources besides aging, and not unlike the symptoms experienced by women as they progress through the stages of menopause. These symptoms include depression, weakness, fatigue, issues controlling weight, and sexual dysfunction — all of which can greatly reduce your quality of life.

The decline in hormone levels and the symptoms that result can also feed into other medical conditions, or be exacerbated by them in turn. For example, there is evidence to suggest a link between low testosterone and diabetes, though the nature of that link still needs to be researched. What’s known is that testosterone helps the body respond appropriately to insulin, and a large portion of men with Type 2 diabetes have low levels of testosterone. While, again, the nature of the connection is still being researched, it is noteworthy that this trend, though diminished, appeared to maintain whether the persons tested were overweight or not.

Sexual problems, fatigue, and depression are symptoms well worth talking to your doctor about — these are more than flu-like symptoms. But as with flu-likes, the trouble is that these symptoms could come about through other means than depleted testosterone. Your doctor will perform a physical exam and ask you questions about the signs and symptoms you’ve experienced, as well as your lifestyle, diet, and activity. Be open and honest in your responses. Blood tests can be done that will measure the amount of testosterone that you have, along with other vitamin and hormone levels that might be responsible for your symptoms. If they find that you have low testosterone levels, they may recommend you to a hormone therapy clinic for treatment.

Testosterone injections, patches, implants, and topical gels are all examples of the different forms that testosterone replacement therapy comes in.

Testosterone can be injected directly into your muscles. These injections are then absorbed and efficiently dispersed through your muscles. Testosterone patches and topical gels are absorbed through the skin into the bloodstream, and testosterone implants can be placed into the skin. There are also mouth tablets and patches that release testosterone into the oral tissues, where it then enters the bloodstream. The number of reapplications and/or additional injections that you need depends on your condition and the treatment plan that has been developed for you.

Always remember to ask questions — your doctors and clinicians will be more than happy to explain anything you don’t understand.